Apple AirTags Are Being Used to Stalk People and Steal Cars

Apple Airtags are ripe for abuse. Here’s why….

Apple’s AirTags are small keyring-sized discs to help you find missing items when they go missing. AirTags are small and can easily be slipped inside of a bag or a pocket without being noticed. The AirTag can then be tracked using the wider “crowd GPS” network when out of range or using an iPhone that’s close enough to use local tracking. 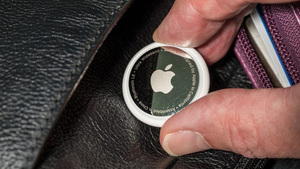 There have been high-profile examples of AirTags being used to stalk people. A model in New York had an AirTag slipped into her coat pocket which tracked her movements for five hours before she noticed an alert on her iPhone. Another woman was tracked from a theater to her home where she noticed an unknown vehicle parked outside after receiving the alert. The vehicle left as she approached.

In another incident, a Connecticut man was charged with first-degree stalking after hiding an AirTag inside a vehicle following a domestic dispute. This underlines the severity of tracking a person against their will in a legal context. Victims of stalking have found AirTags hidden in wheel wells, a tactic that could be used by would-be car thieves. Car thieves use AirTags to track vehicles to steal later. Once a thief locates a car they want to steal, they mconceal an AirTag somewhere on the vehicle and then trace its location. The vehicle can then later be tracked and stolen.

Only iPhone users get passive alerts about AirTags that are tracking them, and older iPhones may not receive an alert at all. Android users need to download an app to get this functionality, which requires a manual scan. The one AirTag safeguard that’s designed to help everyone whether you use an iPhone or Android smartphone is the sound an AirTag emits after a certain period of absence from its “home” device. But the emergence of modified “Silent AirTags” that appeared for sale on eBay and Etsy raises even greater potential for abuse. By disabling the speaker inside the AirTag then reassembling the tracker, these modified AirTags have no stalking safeguard beyond the digital signal that can be detected by iPhones and Android devices with Apple’s tracking app.

iPhone users should rely on the built-in tracking detection and pay attention to any alerts they receive. You can tap on the notification and then play a sound if you think an AirTag is being used to track you. The Find My app will then provide you with instructions on how to disable it. Android users must scan manually using Apple’s Tracker Detect app. This app can detect any tracker that’s compatible with the Find My network and will also help users to play a sound to locate and disable the tracker if foul play is suspected. Another way of finding an AirTag is by listening out for the distinctive chirp. If you hear this sound then you should take a look around to see if you can find an AirTag. You may be able to help someone find their lost keys or bag, or you may find that you are being tracked against your will.

If you do find an AirTag that you suspect is being used to track you, don’t throw it away or destroy it! Disable it as per Apple’s instructions then contact the policet with your findings. AirTags are anonymous so that individuals can’t see who an item belongs to, but Apple keeps track of the Apple ID used to register an AirTag. This information can be obtained by law enforcemet and could bring a stalker or would-be thief to justice.